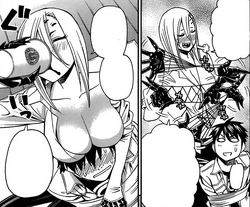 While the game is competitively played with two or more players, the game also may be played solo, as it is commonly done in Japan.

Retrieved from "https://dailylifewithamonstergirl.fandom.com/wiki/Cat%27s_Cradle?oldid=46705"
Community content is available under CC-BY-SA unless otherwise noted.