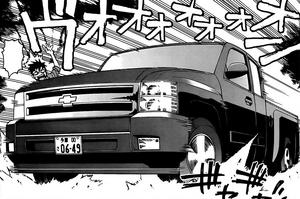 Having earned numerous "Truck of the Year" awards, the Chevrolet Silverado was first introduced in 1999 and was initially designed to be implemented in agricultural environments. However, the model has since been made into many variations; including one variant that serves as a Light Service Support Vehicle in the United States Military.

Retrieved from "https://dailylifewithamonstergirl.fandom.com/wiki/Chevrolet_Silverado?oldid=44345"
Community content is available under CC-BY-SA unless otherwise noted.