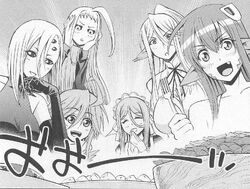 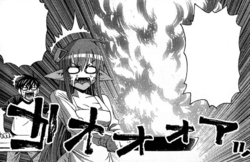 Throughout Monster Musume: Everyday Life with Monster Girls are various instances of meal preparation ranging from gourmet to standard household.

The following is a list of these instances as they appear in the series and possible links to recipes for their creation.

Carnivores are beings anatomically and physiologically adapted to eating animal tissue, whether through predation or scavenging. As a result of their diet, carnivores typically have teeth adapted to tearing and shredding their food.

Herbivores are beings anatomically and physiologically adapted to eating plant material like plants, algae and photosynthesizing bacteria, as the main component of their diet. As a result of their plant diet, herbivores typically have teeth adapted to rasping or grinding their food.

The order that these seasonings are introduced into the dish is as follows:

1. Sugar: Sweet taste is difficult to penetrate through other tastes. Due to this adding sugar first is usually advisable and allows more flexibility if the cook needs to adjust the sweetness with other ingredients. If salt or soy sauce is added before sugar, it becomes very difficult for the sweet taste to seep through the food, due to the opposing tastes.

2. Salt: Salt is added at the early stage of cooking because of its strong permeation and high absorption nature. It is not only for flavoring but to pull moisture from vegetables and get rid of the smell in fish. It’s often used in defining the taste of the cooking.

3. Vinegar: Having vinegar come after salt is important, especially for vegetables as the vinegar will not seep in if there is too much moisture in the vegetables.

4. Soy Sauce/Miso Paste: Soy Sauce and Miso Paste are among the last ingredients to be added in a dish as the quality of both are susceptible to heat and will be ruined if heated for too long. 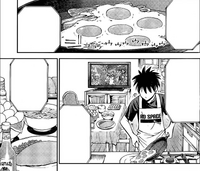 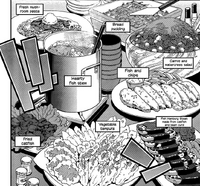 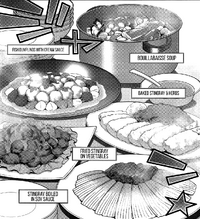 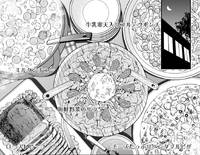 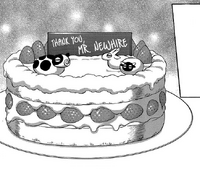 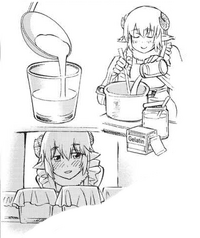 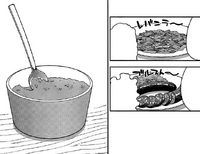 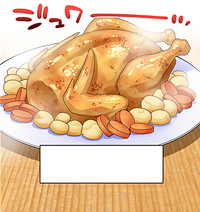 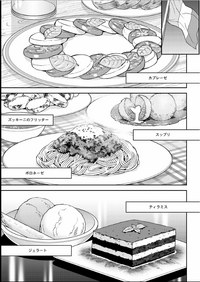 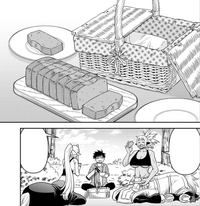 Retrieved from "https://dailylifewithamonstergirl.fandom.com/wiki/Cooking_and_Food_in_Monster_Musume?oldid=63166"
Community content is available under CC-BY-SA unless otherwise noted.