Daily Life With A Monster Girl Wiki
Register
Don't have an account?
Sign In
Advertisement
in: Fandom

Everyday Life With Bicycle Cop (also known as the Bike Cop Harem series) is a fan-created series of stories involving the fan-created scenario of the Bicycle Police Officer playing host to six belligerent monster girls (a Wyvern, an Echidna, a Large Arachne Breed, a Shark Mermaid, a Backbeard, and a Black Slime).

Numerous fan artists have contributed to the scenario; resulting in various 4koma and fanarts illustrating the hijinks that the various home-stay members get up to. 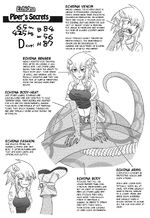 an Echidna, which is a subspecies of Lamia that uses poison to kill instead of brute strength. Piper appears to be aggressive and a little bit tsundere towards Bicycle cop. Piper complains about Mako using her panties as a makeshift eyepatch. 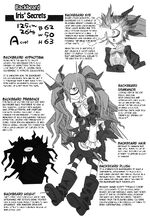 is a Backbeard, a subspecies of Monoeye. Backbeards have amazing eye-based abilities like eye beams that can blind or incapacitate people and hypnotism. She is very self-conscious about her size, accusing people of being lolicons if they so much as look at her body. She seems to enjoy typical otaku activities such as cosplay and video games, and has Cyclops from X-Men as her husbando. 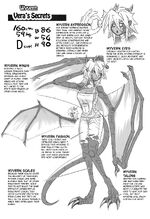 a Wyvern, which is a subspecies of Dragonewt, but more resembling a Harpy. Vera appears to be cool and confident, but actually is usually zoning out. Vera has a strong affinity to shiny objects, but hates thunderstorms. Her scales are more flexible than a Dragonewts and thus less sturdy. 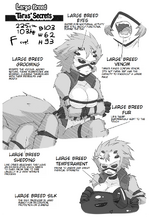 is a Large Breed of Arachne, which resembles a tarantula. Tara is extremely strong and aggressive, often getting into fights with the other monster girls. She also possesses fangs and venom, although it’s not usually lethal, it has the capacity to knock out an adult male. Her fur is surprisingly soft to the touch, and like other Arachnes, she has a tendency to get drunk off of caffeine. 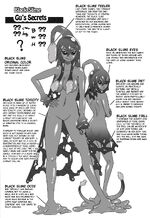 (alternatively “Guu”) is a Black Slime, which is a subspecies of Slime that has turned black because it’s home has been polluted. Both her body and words are equally toxic, and physical contact with her can range from a mild irritation to chemical burns. She always seems to be instigating a fight between the other monster girls, presumably for her amusement. 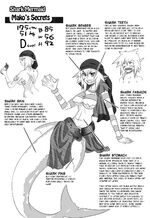 a Shark Race subspecies of Mermaid. Mako exhibits traits similar to a shark, being generally aggressive and snapping at whatever is near, having a sensitive nose which appears to also be an erogenous zone, a skeleton made out of cartilage, and teeth that continually regrow and fall out, having a retainer to make sure they grow in straight. The Shark Race tend to romanticize the Golden Age of Piracy, and Mako is no exception. She tends to borrow Piper’s panties to use as an eyepatch.