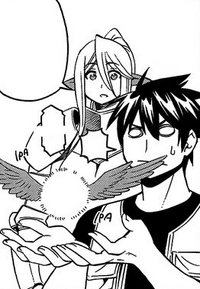 Fairies (also known as Faerie, Fey or Fae) are a classification of beings that have been commonly described as miniature elf-like humanoids with bug-like wings that commune with nature, are magical or are otherwise skilled in magic, and can fly.

In human culture, the classification of "Fairy" originally referred to races that occupy a nebulous point between being magical humanoids and extraplanar beings; such as the Elf, the Nymph, the Gnome, the Dwarf, the Leprechaun, the Goblin and the Kobold, however, recent history has modified the term "Fairy" to only encompass species of diminutive humanoids such as Pixies and Sprites, with the term "Fae" continuing to be used as the umbrella term for magical/extraplanar beings. 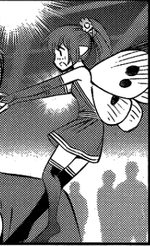 The Butterfly Fairy is a fairy subspecies that has the form of a miniature humanoid with a pair of butterfly wings that allow for flight. Known to be sweet and innocent, fun-loving and carefree in deposition, they are thought to spend their time tending to gardens and encouraging floral growth in various cultures. 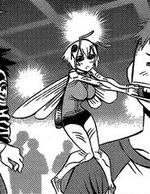 Known to be fearless, swift and courageous, Dragonfly Fairies are agile and fast fliers and folk beliefs in various parts of the world dictate that the fairies are in close relationships with snakes; being dubbed "Snake Doctors". 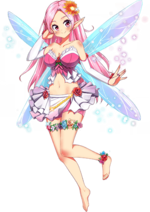 The Leanan Sídhe is a race of fairy-folk of diminutive size originating from Ireland.

As written in legend, Leanan Sídhe act as muses to those they wish to marry and offer inspiration to an artist in exchange for their love and devotion. However, these couplings have frequently been written as resulting in madness for the artist, as well as a premature death; which has resulted in naysayers stating that the race is a type of "Succubus" that feed on their lovers' passionate energy, which ultimately kills the lover. 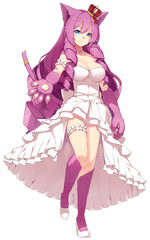 Cait Sith are a pseudohuman fairy creature from Scottish and Irish mythology that resemble cats. Normally an untrusted race, Cait Sith are said to steal the souls of humans who have passed on. They are easily distracted by catnip, music, and riddles, and like to play leaping and wrestling games.

Cait Siths are fond of milk, and it is said that if you leave a saucer of milk out for them, they will bless your house, but if you refuse to, your home will be cursed by having all of your cow's milk be dry.

Legends say that Cait Sith aren't fairies, rather witches who can transform into a cat nine times. After the ninth time however, the witch will be a cat permanently. Some say this is how the legend of cats having nine lives started.

Cu Sith are demihuman beings that possess canine physical characteristics and traits. Similar in appearance to Kobolds, Cu Sith appear in Scottish mythology as mythological fairy-hounds who are feared as harbingers of death. According to mythology, Cu Sith would appear to bear away the soul of the dead to the afterlife.

According to legend, a Cu Sith would occasionally let out three bays that could be heard for miles. Those who hear the baying of the Cu Sìth must reach safety by the third bark or be overcome with terror to the point of death. 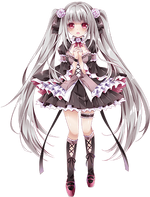 A Banshee is said to be a fairy or prophetic spirit stemming from Irish folklore. Acting as a messenger from another world, legend has it that a banshee acts as a harbinger of death by wailing in anguish (or "Keening") to inform people that someone is about to die or has died. When several banshees appear wailing together at once, it is indicated that the death was of someone great or holy. 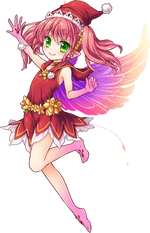 A Pixie is a race of diminutive, humanoid beings that were believed to inhabit ancient underground ancestor sites such as stone circles, barrows, dolmens, ringfort or menhirs in England.

Generally benign, mischievous and childlike in nature, Pixies are usually sighted gathering outdoors in huge numbers to dance through the night in various celebrations. They are generally said to be helpful to humans, sometimes helping needy widows and others with housework. However, they do have a mischievous side; as they also have a reputation for misleading travellers.

In modern times, Pixies are said to live in the deepest, most pristine forests, but their insatiable curiosity and lust for adventure and excitement often means that they can be found in the most unlikely of places.

Retrieved from "https://dailylifewithamonstergirl.fandom.com/wiki/Fairy?oldid=63040"
Community content is available under CC-BY-SA unless otherwise noted.