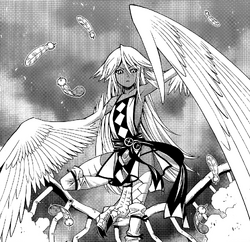 Ganguro is a fashion trend among Japanese youth that started in the mid-1990s. The style is distinguished by a dark tan and white make-up liberally applied around the eyes that gives an impression that has been referred to as "Panda eyes" (due to the white eye makeup being similar to the white fur around a panda's eyes).

Usually found in the Shibuya and Ikebukuro districts of Tokyo, the Ganguro fashion was started by youth who wished to rebel against the traditional Japanese concept of beauty (pale skin, dark hair and neutral makeup tones) by tanning their skin, bleaching their hair and wearing brightly coloured outfits. 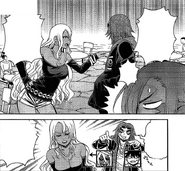 Retrieved from "https://dailylifewithamonstergirl.fandom.com/wiki/Ganguro?oldid=54161"
Community content is available under CC-BY-SA unless otherwise noted.