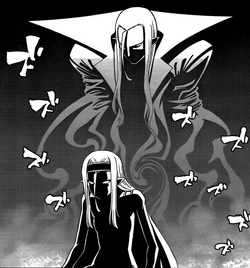 A Ghost or Spirit is the soul or spirit of a deceased being that no longer has a physical body to "occupy" but is still present in the living world for varying reasons.

Able to alter their visibility and shape depending on how powerful they are, ghosts are reportedly able to display abilities that otherwise negate the laws of time and physics. They are most notably able to, depending on how strong they are, performing varying levels of telekinesis and take possession of other beings.

Reports of ghosts manifesting within human culture is widespread, dating back to pre-literate history. They are believed to tend towards occupying particular locations, objects, or people they were associated with in life.

Ghost are the souls of the deceased, regardless of whether they were Humans or Liminals during their lifetime. As Lala reveals in Chapter 38, at death only the body dies while the soul is immortal, so that theoretically every person could become a Ghost. However, ghosts that can still come into contact with the living seem to be rare in general. After his death, Wladislaus Drakulya was able to appear as a ghost and take control of his daughter, but the exact method by which he succeeded is unknown.

As "Heralds of Death", Dullahan and other psychopomps like Grim Reapers are able to bring the souls of the deceased out of the realm of mortals and into the beyond. To this end, they use their scythes to separate the connections between the Ghosts and the objects that they hold in the world of the living, as in the case of Wladislaus medaillon. According to Lala, what Wladislaus did was wrong as the dead are not allowed to torment the living. 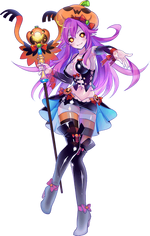 Jack-O-Lanterns are said to be mischievous spirits or otherwise supernatural beings who travel the realm of twilight between the living and dead.
Stemming from Irish folklore, they are known for having carved out vegetable lanterns (like turnips or pumpkins) in their possession, which they use to light their way through the twilight. They also use these lanterns in attempts to lead travelers astray. But they are commonly seen as carved pumpkins. 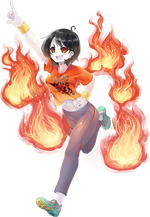 A Will-O-Wisp is a race of spirits that appear as flickering flames that often lure people to alternate destinations or traps. Found in swamps and marshes, they are attributed to being a hope or goal that leads one on but is impossible to reach (as the Will-O-Wisp keeps moving out of reach).

The Vanishing Hitchhiker is an urban legend in which a person travelling by vehicle encounters a hitchhiker and offers them a ride to a destination. While appearing in all manner human, the hitchhiker subsequently vanishes without explanation during, immediately upon or after the conclusion of the trip; revealing themselves to have been a ghost.

Retrieved from "https://dailylifewithamonstergirl.fandom.com/wiki/Ghost?oldid=61670"
Community content is available under CC-BY-SA unless otherwise noted.