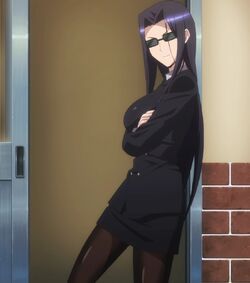 Humans (人間, Ningen) are the most numerous and politically dominant sentient race in the world largely thanks to their ability to create tools and adapt themselves or their environment to survive.

Possessing the largest and widest-spanning culture known, they are often considered to be the standard to which the biology, psychology, and culture of other species and races are compared.

Aggressively territorial, while possessing no natural means of offense or defense (claws, armour) that other races may possess, the race's ability to create and adapt objects to serve specific functions, and their tendency to live/work in groups, has enabled them to dominate the majority of the planet and force other races to withdraw into their own enclosed populations away from human attention.

Originally migratory, throughout their written history, humans have managed to set up large empires and kingdoms all over the planet and effectively achieved global dominance due to their industrious nature; being able to alter themselves or the environments to suit their needs as well as utilizing/taming the wildlife to serve their purposes.

Retrieved from "https://dailylifewithamonstergirl.fandom.com/wiki/Human?oldid=61924"
Community content is available under CC-BY-SA unless otherwise noted.