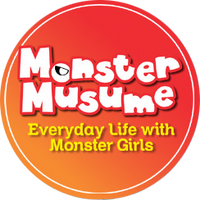 The story revolves around Kimihito Kurusu, a Japanese student whose life is thrown into turmoil after becoming involved with the "Interspecies Cultural Exchange" program by mistake and being forced to act as the homestay host for various monster girls; including a lamia named Miia, a harpy named Papi, a centaur named Centorea, a slime named Suu, a mermaid named Meroune, and an arachne named Rachnera. The manga follows their various misadventures as Kimihito attempts to cater for each of his homestay guests.

The manga is currently published in Japan by Tokuma Shoten in their Monthly Comic Ryū magazine and by Seven Seas Entertainment in the United States, with the chapters collected and reprinted into tankōbon volumes.

Monsters—they're real, and they want to date us!
Three years ago, the world learned that harpies, centaurs, catgirls, and all manners of fabulous creatures are not merely fiction; they are flesh and blood—not to mention scale, feather, horn, and fang. Thanks to the "Cultural Exchange Between Species Act," these once-mythical creatures have assimilated into society, or at least, they're trying.
When a hapless human named Kimihito Kurusu is inducted as a "volunteer" into the government exchange program, his world is turned upside down. A snake-like lamia named Miia comes to live with him, and it is Kimihito's job to take care of her and make sure she integrates into his everyday life. Unfortunately for Kimihito, Miia is undeniably sexy, and the law against interspecies breeding is very strict. Even worse, when a ravishing centaur girl and a flirtatious harpy move in, what's a full-blooded young man with raging hormones to do?!

Retrieved from "https://dailylifewithamonstergirl.fandom.com/wiki/Monster_Musume:_Everyday_Life_with_Monster_Girls_(manga)?oldid=63012"
Community content is available under CC-BY-SA unless otherwise noted.