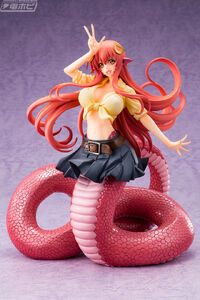 Standing at 20cm (7 inches)(23cm x 20cm x 13cm), the statue was first promoted in June, 2016, and released in November, 2016. The statue possesses a cast off feature that allows her to be displayed naked (with panties). However, this is a forced cast-off figure, meaning using this feature requires irreparably breaking the clothes off of her. 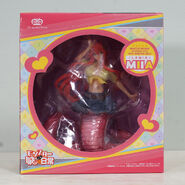 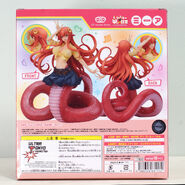 Retrieved from "https://dailylifewithamonstergirl.fandom.com/wiki/Monster_Musume_no_Iru_Nichijou_1/8_Miia_Statue?oldid=47279"
Community content is available under CC-BY-SA unless otherwise noted.