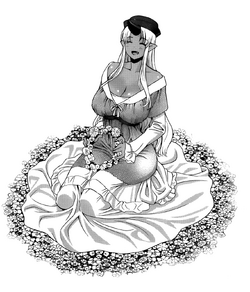 Mori Girl (森ガール) (Forest Girl) is a fashion trend and lifestyle that arose in Japan in early 2007; focusing on loose dresses, earthy colours and vintage inspired motifs. The fashion is considered to be set apart from the more "aggressive" and "carnivorous" styles in the city.

The trend focuses on loose, light, airy and layered dress styles that have pale colours, like oatmeal, light pink, light greens and browns, as well as rich gem tones like sapphire and ruby. In addition to this, the dresses can usually be "accessorized" with crocheted and knitted items, and tough boots for navigating the wilderness.

In terms of behaviour, the lifestyle emphasises contentment with solitude, with a "Mori Girl" having no qualms about going off into the forest alone or enjoying a cup of tea and and an old book in her favourite coffee shop by herself.
A "Mori Girl" is considered to be intelligent, secure and confident in herself, and as such is never loud or overbearing. She just prefers to live unfettered and uncluttered. Mori girls carry themselves with a quiet strength. 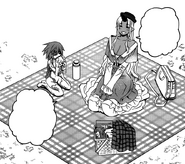 Retrieved from "https://dailylifewithamonstergirl.fandom.com/wiki/Mori_Girl?oldid=29487"
Community content is available under CC-BY-SA unless otherwise noted.