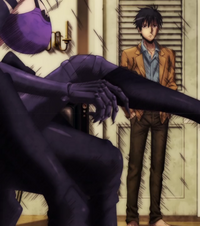 Stockings and Pantyhose are close-fitting garments worn directly on the feet and legs with varying degrees of skin exposure. While pantyhose cover the wearer's body from the waist to the toes, stockings cover the leg from the foot up to the knee or thigh.

Stocking and Pantyhose are usually made of nylon, or of other fibers blended with nylon and are designed, among other things, to act as "beauty enhancers" to hide physical imperfections on the legs such as blemishes, bruises, scars, hair or varicose veins. As utility clothing, stockings and pantyhose can as be used to ease chafing between feet and footwear, or between the thighs, and act as a layer of warmth for the legs.

The introduction of nylon in 1939 caused a high demand for stockings in the United States with up to 4 million pairs being purchased in one day. Nylon stockings were cheap, durable, and sheer compared to their cotton and silk counterparts. When America entered World War II, production of nylon stockings were ceased as the factories were retooled to produce parachutes, airplane cords, and rope. This led to a shortage of nylon stockings in the commercial sector and a black market for trading in stockings soon arose. At the end of the war it was announced that stockings would soon begin being produced again but the companies selling the garments could not meet demand. This led to a series of disturbances in American stores known as the Nylon Riots until production was increased.

A precursor of pantyhose made an appearance in the 1940s and 1950s, when film and theater productions had stockings sewn to the briefs of actresses and dancers. As the hemlines of dresses began rising again in fashion to mid-thigh, the introduction of commercial pantyhose in 1959 made out of nylon and spandex gave an alternative to stockings and the use of stockings declined dramatically as the garment line proved unable to fully cover the exposed leg. In 1970, U.S. sales of pantyhose exceeded stockings for the first time, and has remained this way ever since as pantyhose became a wardrobe staple throughout the 1970s and 1980s.

From 1995 a steady decline in demand for pantyhose began, leveling off in 2006 with U.S. sales less than half of what they had once been. This decline has been attributed to bare legs in fashion, changes in workplace dress code, and the increased popularity of trousers.
While sales of traditional styles did not recover, the 2000s saw the rise of other specific styles. Fishnet hose, patterns and colors, opaque tights, low-rise pantyhose, footless shapewear, and pantyhose for men (playfully referred to as "mantyhose") all experienced increased sales. In the 2010s, an increasing popularity for form-fitting opague leggings paired with casual dress (and even some officewear) supplanted the fashion role previously held by pantyhose, although pantyhose remain popular as pair of formal wear.

Retrieved from "https://dailylifewithamonstergirl.fandom.com/wiki/Stockings_and_Pantyhose?oldid=57932"
Community content is available under CC-BY-SA unless otherwise noted.